Should we expect even memes to be usable? | Marketing content writer | ineedcopy.com

Should we expect even memes to be usable? 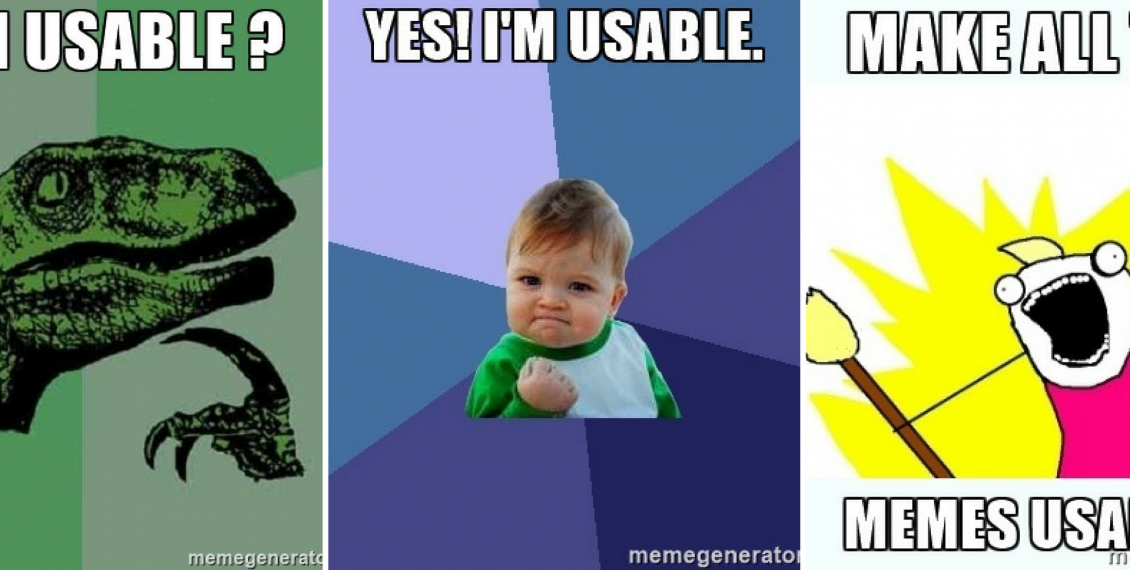 Poke around my website and blog. You will quickly notice I carry the banner of usability:

Okay, so your business may not be in the business of creating memes. But, if it was, I'd say that even the lowly meme and how you present it deserves consideration and attention to make life easier for readers!

Take a look at this recent meme that appeared in my Facebook feed; it breaks usability conventions in an obvious way.

This meme is published by Someecards. The powers that be there force users to click through to their website to see the entire meme. I understand that--FROM THE COMPANY'S PERSPECTIVE.

But doing business online--or anywhere for that matter--is not, should not be, about the company. It's about the customer.​

By the way, I even use a hover / pop-up / zoom Chrome extension that enlarges images on social sites with a mouse rollover, but that tool does not work on this company's memes.​

I've complained about the behavior in several of their meme posts. Although other Facebook followers have agreed with me and shown their support, Someecards has never responded, and they certainly haven't changed the annoying behavior. As you see in this meme, the situation is getting worse because followers can't even attempt to read what usually appears as cut-off text!​

Oh well. Tired of fighting a losing battle, and tired of having memes in my feed that I can't read, I simply Unliked their page.​

The implication here is that the little things your company does--or does not do--matter. Always, and at all times, consider your actions from the customer's perspective.​

Are your infographics killing readers?