Today’s Plague versus the Bubonic Plague | The Write Idea

Today’s Plague versus the Bubonic Plague 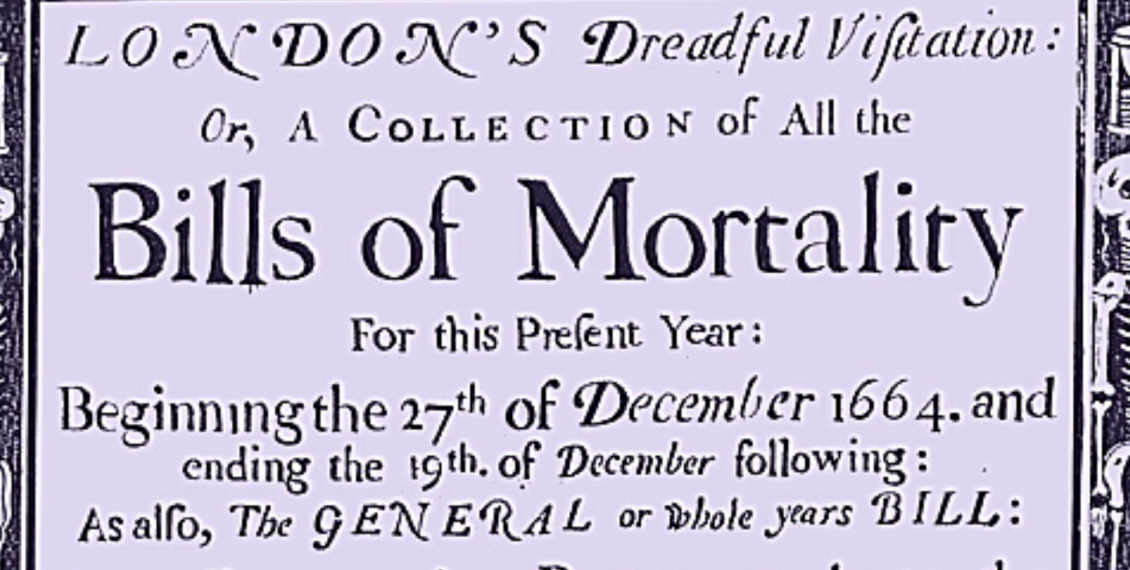 I've long been fascinated by the Middle Ages, when the Black Death, or bubonic plague, killed 20 million people in Europe.

The last major outbreak of plague happened in London in the mid 1600's, and the article that follows, reprinted with permission, shows how that outbreak is similar to the COVID outbreak we're dealing with now.

“Who knows,” she wrote, “maybe one day your diary will provide a valuable window into this period.”

During a different pandemic, one 17th-century British naval administrator named Samuel Pepys did just that. He fastidiously kept a diary from 1660 to 1669 – a period of time that included a severe outbreak of the bubonic plague in London. Epidemics have always haunted humans, but rarely do we get such a detailed glimpse into one person’s life during a crisis from so long ago.

There were no Zoom meetings, drive-through testing or ventilators in 17th-century London. But Pepys’ diary reveals that there were some striking resemblances in how people responded to the pandemic.

A creeping sense of crisis

For Pepys and the inhabitants of London, there was no way of knowing whether an outbreak of the plague that occurred in the parish of St. Giles, a poor area outside the city walls, in late 1664 and early 1665 would become an epidemic.

The plague first entered Pepys’ consciousness enough to warrant a diary entry on April 30, 1665: “Great fears of the Sickenesse here in the City,” he wrote, “it being said that two or three houses are already shut up. God preserve us all.”

Pepys continued to live his life normally until the beginning of June, when, for the first time, he saw houses “shut up” – the term his contemporaries used for quarantine – with his own eyes, “marked with a red cross upon the doors, and ‘Lord have mercy upon us’ writ there.” After this, Pepys became increasingly troubled by the outbreak.

He soon observed corpses being taken to their burial in the streets, and a number of his acquaintances died, including his own physician.

By mid-August, he had drawn up his will, writing, “that I shall be in much better state of soul, I hope, if it should please the Lord to call me away this sickly time.” Later that month, he wrote of deserted streets; the pedestrians he encountered were “walking like people that had taken leave of the world.”

In London, the Company of Parish Clerks printed “bills of mortality,” the weekly tallies of burials.

Because these lists noted London’s burials – not deaths – they undoubtedly undercounted the dead. Just as we follow these numbers closely today, Pepys documented the growing number of plague victims in his diary.

At the end of August, he cited the bill of mortality as having recorded 6,102 victims of the plague, but feared “that the true number of the dead this week is near 10,000,” mostly because the victims among the urban poor weren’t counted. A week later, he noted the official number of 6,978 in one week, “a most dreadfull Number.”

By mid-September, all attempts to control the plague were failing. Quarantines were not being enforced, and people gathered in places like the Royal Exchange. Social distancing, in short, was not happening.

He was equally alarmed by people attending funerals in spite of official orders. Although plague victims were supposed to be interred at night, this system broke down as well, and Pepys griped that burials were taking place “in broad daylight.”

There are few known effective treatment options for COVID-19. Medical and scientific research need time, but people hit hard by the virus are willing to try anything. Fraudulent treatments, from teas and colloidal silver, to cognac and cow urine, have been floated.

Although Pepys lived during the Scientific Revolution, nobody in the 17th century knew that the Yersinia pestis bacterium carried by fleas caused the plague. Instead, the era’s scientists theorized that the plague was spreading through miasma, or “bad air” created by rotting organic matter and identifiable by its foul smell. Some of the most popular measures to combat the plague involved purifying the air by smoking tobacco or by holding herbs and spices in front of one’s nose.

Tobacco was the first remedy that Pepys sought during the plague outbreak. In early June, seeing shut-up houses “put me into an ill conception of myself and my smell, so that I was forced to buy some roll-tobacco to smell … and chaw.” Later, in July, a noble patroness gave him “a bottle of plague-water” – a medicine made from various herbs. But he wasn’t sure whether any of this was effective. Having participated in a coffeehouse discussion about “the plague growing upon us in this town and remedies against it,” he could only conclude that “some saying one thing, some another.”

During the outbreak, Pepys was also very concerned with his frame of mind; he constantly mentioned that he was trying to be in good spirits. This was not only an attempt to “not let it get to him” – as we might say today – but also informed by the medical theory of the era, which claimed that an imbalance of the so-called humors in the body – blood, black bile, yellow bile and phlegm – led to disease.

Melancholy – which, according to doctors, resulted from an excess of black bile – could be dangerous to one’s health, so Pepys sought to suppress negative emotions; on Sept. 14, for example, he wrote that hearing about dead friends and acquaintances “doth put me into great apprehensions of melancholy. … But I put off the thoughts of sadness as much as I can.”

Humans are social animals and thrive on interaction, so it’s no surprise that so many have found social distancing during the coronavirus pandemic challenging. It can require constant risk assessment: How close is too close? How can we avoid infection and keep our loved ones safe, while also staying sane? What should we do when someone in our house develops a cough?

During the plague, this sort of paranoia also abounded. Pepys found that when he left London and entered other towns, the townspeople became visibly nervous about visitors.

“They are afeared of us that come to them,” he wrote in mid-July, “insomuch that I am troubled at it.”

Pepys succumbed to paranoia himself: In late July, his servant Will suddenly developed a headache. Fearing that his entire house would be shut up if a servant came down with the plague, Pepys mobilized all his other servants to get Will out of the house as quickly as possible. It turned out that Will didn’t have the plague, and he returned the next day.

In early September, Pepys refrained from wearing a wig he bought in an area of London that was a hotspot of the disease, and he wondered whether other people would also fear wearing wigs because they could potentially be made of the hair of plague victims.

And yet he was willing to risk his health to meet certain needs; by early October, he visited his mistress without any regard for the danger: “round about and next door on every side is the plague, but I did not value it but there did what I could con ella.”

Just as people around the world eagerly wait for a falling death toll as a sign of the pandemic letting up, so did Pepys derive hope – and perhaps the impetus to see his mistress – from the first decline in deaths in mid-September. A week later, he noted a substantial decline of more than 1,800.

Let’s hope that, like Pepys, we’ll soon see some light at the end of the tunnel.

[You need to understand the coronavirus pandemic, and we can help. Read The Conversation’s newsletter.]

This article is republished from The Conversation under a Creative Commons license. Read the original article.